What Lies Beneath: A Glimpse into Britain’s Mysterious Marine Life 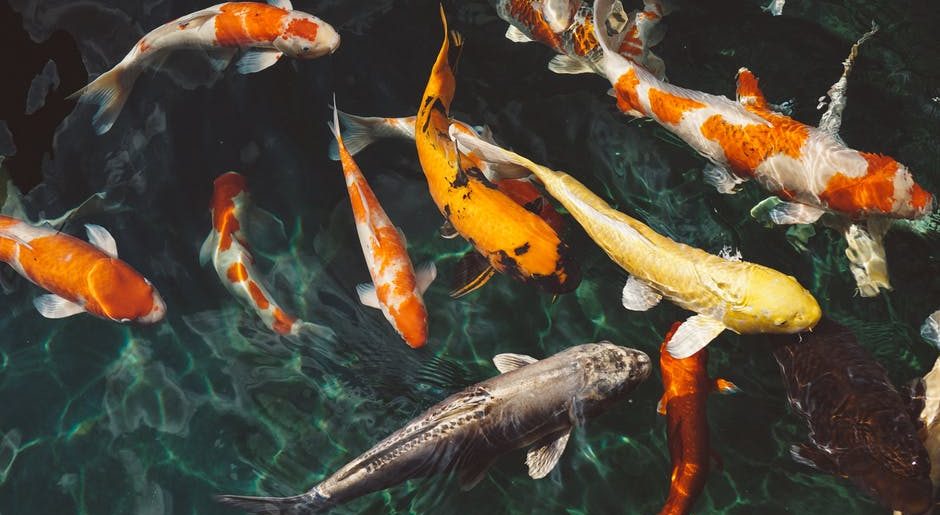 The Great British Summer is fast-approaching, and soon our usually quiet seaside towns will be overflowing with pale flesh exposed to the sun’s harmful rays and cast away fish and chips wrappers. Growing up, one common experience of the seaside that unites us all is the fear of encountering a rogue jelly fish washed up on the shore. What may surprise readers is that our waters are in fact home to more exotic fish varieties than only the jellyfish. This article will reveal the subterranean species British sun-seekers should look out for this year.

These iridescent flashes of fish commonly move through the shallow seas and sands of Great Britain’s shores, burying themselves in sandy sea beds where they feed on plankton, small fish and small crustaceans. Although they are known as eels, they are in fact members of the fish family. Sand eels tend to grow to between eight and eleven inches in length, and can vary greatly in colour, ranging from black, to yellow, to a shimmery blue-green. The UK waters are hugely populated with these creatures, where they play a vital role in its marine ecosystem as they provide a food source for many other sea creatures.

Although the short-snouted seahorse is endemic to waters such as the Mediterranean Sea and the North Atlantic, and more tropical locations such as Italy and the Canary Islands, in recent years they have been found ever so slightly closer to home!  In 2008 British Marine biologists discovered a group of seahorses thriving in the relatively shallow and muddy waters of London’s River Thames, and since then more have been discovered in Southend-on-Sea. The species are protected by UK law, with scientists carefully monitoring their progression and lives in the last few years. Seahorses can grow up to 15 centimetres in length, and feed on plankton, small fish and crustaceans such as shrimp and copepods. These curious creatures have what experts call, an ‘inefficient digestive system’ due to their not having stomachs and as such are in a perpetual state of eating.

Leatherback sea turtles, so-called due to the softer, leather-like quality of their shells as opposed to the hard shells of other varieties of sea turtle, are an endangered species that inhabit UK waters. Their num 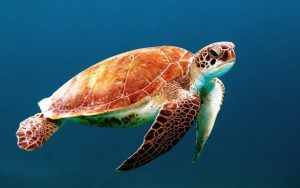 bers have declined greatly due to widespread egg collection and fisheries’ bycatch, and are now protected by UK law. These animals are highly migratory, travelling distances over the Atlantic and the Pacific oceans and feed on huge numbers of jellyfish. They are relatively new to the British coast, only discovered after a turtle was beached on a shore in North Wales.

These magnificent sea creatures have been spotted off the coast of the Scottish Isles, as they pass from warmer waters where they breed and give birth to the polar waters of Norway and Iceland, where they feed. These whales feed on krill and small fish, and can grow to incredible sizes. The average for a male Humpback Whale is 13-14 metres, while the females are slightly larger growing to 16 metres. Once a major target of the whaling industry, the Humpback Whale is now a protected species. However, they are still at risk in Hebridean waters, where they run the risk of ship collisions, entanglement in fishing apparatus and are affected by various examples of environmental pollution caused by industry.

Perhaps the most surprising of British marine life, the Basking Shark commonly inhabits He 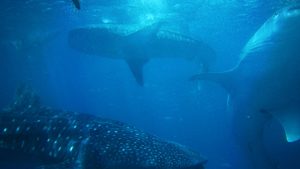 bridean waters of the west coast of mainland Scotland. They are the second largest of living fish, adults growing from between 6 to 8 metres in length and are one of three examples of sharks that feed on plankton. They travel both in small schools of sharks or individually. Although they, like many others in this list, are a protected species, their numbers have seen a sharp decline due to overfishing. They are a commercially important example of marine life, where they are fished for the product
ion of shark liver oil or food: their fins are regarded as a delicacy in Asian cuisine.